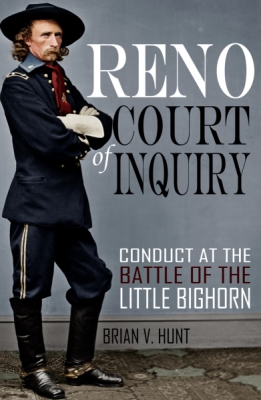 One of the most important documents in American military history was nearly lost. That we still have it today is due to the efforts of one Custer researcher back in 1930.

In 1879, the U.S. Army convened a court of inquiry to determine charges of cowardice against Major Marcus Reno, second in command to General George Armstrong Custer at the Battle of the Little Bighorn. No one could imagine at the time that the transcripts of that inquiry would be accessed by researchers so often that by 1930, it was nearly destroyed.

This updated, expanded, and annotated version of the full transcript tells the history of the transcript, the background to the battle, biographies of the major players, and the full court proceeding.

This important document has never before been available for smartphones, tablets, and e-readers.

Read the testimony of such famous players as Captain Frederick Benteen (often called the hero of the Little Bighorn), international man of intrigue, Lt. Charles DeRudio, young assistant surgeon, Henry Porter, interpreter Fred Gerard, and others. This fast-paced, real-life drama is still as controversial today as it was 140 years ago. Read and judge for yourself.